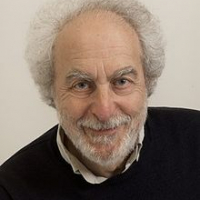 Doug Altman sadly passed away on Sunday 3rd June 2018. Our thoughts and condolences are with Doug’s family, friends, and colleagues. If you would like to express condolences, recount memories, and share photographs, please contribute here: https://community.cochrane.org/news/memoriam-doug-altman Doug chaired the very first meeting of statisticians in Cochrane convened by Iain Chalmers in Oxford in July 1993 which met to hammer out the statistical methods to be used in Cochrane reviews. From this meeting it became clear to Doug and others that an on-going involvement of statisticians was going to be key to the success of Cochrane, which he went on to lead, with the Statistical Methods Group (SMG) formally registered in 1995 with Doug a founding co-convenor. The long-term success of the SMG has much to owe to Doug’s natural openness and questioning of statistical dogma, his intolerance of poor scientific method, and his willingness to work with all who showed interest. From the outset, he engaged an international team of interested statisticians, set an open agenda for methods research in systematic reviews, and created an atmosphere and approach which welcomed and encouraged early career as well as established statisticians. Many of us are indebted to the lessons we have learned and the opportunities that Doug’s open approach created for us. Over the years, he enthused and educated many through workshops at Colloquia; often running between sessions to contribute to multiple workshops in the same time slot. He was instrumental in the organisation and teaching of workshops to train statisticians in systematic review methods; production of influential book chapters and sections of the Handbook, and was a strong advocate for the Collaboration to fund and support methodological research. He was an active and insightful contributor at Colloquia, and to the SMG discussion list. For someone of such great standing within the medical research world, he was always approachable, generous and had seemingly endless source of ideas for research. He inspired many through his advocacy for better research, and could not have been a better role model for how we should design, conduct and report medical research. The SMG were privileged to be involved in the organisation of the 2013 Methods Symposium in Quebec “Data, Outcomes, Uncertainty and Graphs: Advances and Limitations in Trials, Meta-Analysis and Novelties”, celebrating his 20 years’ of contribution to the group. In a humble email from Doug following the event, he said “I was indeed honoured to have the symposium in my honour, and also flattered by the nice things people said. Beyond that it was surely a really interesting meeting with a splendid selection of talks, and we should aim to have more such events in the same vein at future Colloquia without feeling we need an excuse.” Jo McKenzie, Jon Deeks, Georgia Salanti (current and past co-convenors of the SMG)