What is the Cochrane Bias Methods Group? 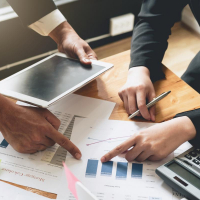 The Bias Methods Group (BMG) is one of 17 Cochrane Methods Groups world-wide comprised of individuals with an interest and expertise in the science of systematic reviews. This BMG strives to raise awareness of different sources of bias in research studies, which may affect the credibility of systematic reviews that include them. Examples of such biases include bias due to missing data, bias in measurement of outcomes, and bias due to selective reporting of results.

Activities of BMG members include:

BMG is administered by Centre for Evidence-Based Medicine Odense (CEBMO) and Cochrane Denmark at University of Southern Denmark (SDU) and based in Odense, Denmark.

BMG would like to thank Odense University Hospital  for their financial support.